I have been writing stories about my growing up in Oakland, California for about 15 years or more. I would have a memory from my childhood and write it down, sometimes as a snippet or vignette, or as an anecdote and most times as a full story. Some are notations and ideas to be revisited and fine-tuned and others as short memories or images. Some of my childhood memories were prompted by going to my old neighborhoods or in speaking with someone who brought up the past by saying “Do you remember when…?” Over the years, I have published some of these stories; some have been blog posts and others have been published in anthologies or online or print journals.

Most recently, on Thanksgiving last month, my nephew’s girlfriend’s mother was a guest at my sister’s house. She was a native of the Bay Area, born and raised in Alameda, just as my siblings and I were raised in Oakland, my sister born here, my brother and I coming to Oakland as babies. In speaking with our guest, we found many commonalities; we went to some of the same places, shopped at some of the same stories and knew some of the same people. We were constantly saying, “Remember when?” or “Remember the place?”


In the last ten years or so, I have watched my beloved city, Oakland, go through numerous changes. It started slowly, subliminally, and slowly, but steady, until suddenly it was there, unrecognizable. Some things have been beneficial, a lot has not. I have seen the homelessness rates rise drastically as many families are pushed out of rentals that were previously affordable. I have seen many institutions torn down or abandoned to be replaced by corporate and tech offices or new not affordable housing. Schools have been closing for lack of attendance, replaced by charter and private schools that are not available to everyone.

For a long time, I have turned a blind eye and pretended as if the changes did not affect me or that I did not care. But I do care. Because suddenly or not so suddenly, I was becoming a stranger in my own backyard, in my space that I have lived, worked and played for 64 of the 66 years of my life. How did that happen? More important, what was I to do about it? Maybe it was that Sunday afternoon when I stopped at the Shell gas station on the corner of Golf Links Road and Mountain Boulevard across from the Oakland Zoo on my way home and the families leaving the zoo and getting gas at the same station appeared to be looking at me as if I was from outer space (was I becoming paranoid?) or maybe I was just looking so good in my Sunday church best they couldn’t help themselves. Or maybe it was the Emergent Strategy group I was involved with this past summer where I met a great group of fierce women and men, some new to the Bay Area, who see social justice to make a better Oakland and the world beyond, but I decided I was reclaiming my space.

Oakland is full of great people who have made and are making Oakland great. In reviving my blog, it is my desire to bring to my readers some of those people and what they are doing s well as some of the places and institutions that are continuing a legacy of creating space, time and avenues to retain some of the old Oakland and how it compliments and engages the new Oakland. I recently had a reading and presented my story, My Blackberry Summer to a group of writers at a brunch in San Francisco. It was received well and evidently relatable to several people. I knew for a certainty that it was time to send my stories out to the world, that my history and the history of Oakland is needed and wanted; that the institutional memory must not be lost, reclaimed and given a gift to our City. So, in 2018 look out for Stories of Growing up in Oakland: In My Backyard.


Reclaiming my space, one step at a time. 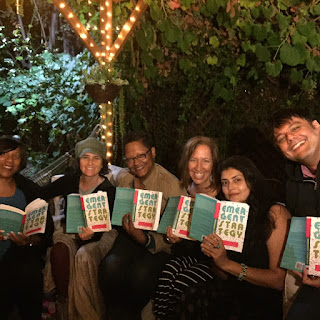 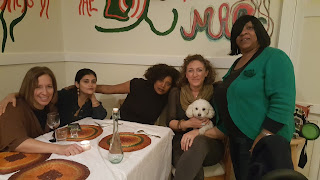 Dera Williams
Dera R.Williams lives, works, and plays in the Oakland/Bay Area, California. She is a writer, editor, mentor, researcher, and family historian. Her publications include fiction, nonfiction, memoir, academic, articles, essays and book reviews. She is in the process of compiling a collection of childhood memories, In My Backyard: Stories of Growing Up in Oakland, for which she is seeking publication. She is researching and writing her family history in Arkansas as well as assisting others in their family research. Dera is a member of the AfroSurreal Writers Workshop and a family research specialist at a local community college. Dera contributed to three publications, Supercharge Your Life After 60 (nonfiction), Where’s My Tiara (fiction) and All the Women in My Family Sing (memoir) in late 2017 and upcoming early 2018. Exploring the relationship of myth and family history in her writing, this Cali girl is proud of her Southern roots as she heeds the voices of her ancestors’ stories.